There are many exceptions to lots of the English spelling rules. These inconsistencies can be annoying and confusing. Therefore it is a better idea to consider the structural rules English is built around. This should make things clearer and help you to become a better speller. 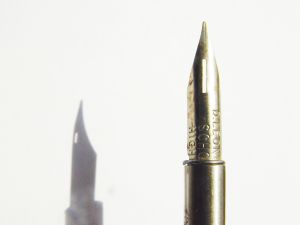 There is an exception to every rule in English:

English is a very inconsistent language and as such every rule will generally have several exceptions. For example ‘I’ before ‘E’ except after ‘C’ is probably one of the most well-known spelling rules and ironically it has loads of exceptions.

To name but a few.

If a rule can be broken then it really isn’t a rule, it's more of a guideline. This is why it is a silly idea to worry too much about English spelling rules. However this does not mean the language has no boundaries and anything goes.


The real rules of English:

To understand how English works you need to look at its structure. It's all about how the letters are grouped together in words.

You will find the letters ‘ea’ together in a lot of everyday words such as:

The point is that ‘ea’ is the normal way to find these two letters together in words.

You will find letters grouped together in the same way in many different words.

It is very common to find ‘tion’ at the end of words:

You will also find ‘ence’ at the end of some words:

‘Con’ will generally be found at the start.

You will also find ‘ous’ at the end of loads of words.

From the example above you can also add ‘ness’ to the end of righteous to make the word righteousness.

You can also do the same to the word vicious to make viciousness.


Paying attention to the way letters are grouped together can help you become a better speller:

You only need to remember the four groups that make up the word ‘righteousness’ to remember how it is spelt (see graphic):

The real spelling rules of English are in its structure. It is so important to pay attention to how letters are grouped together in words. Once you get into the habit of thinking about English in these terms you will find words become easier to spell. It's all about using your memory efficiently.